Building your own telescope

Hi, I am looking at various options for my first telescope. One of the options I got was to build my own from the standard parts.
Has anyone had experience building a Newtonian reflector? If yes, can you please share your experience and difficulties.
Thanks in advance.

I have tried it a long time back…back then, I had a lot of trouble finding the material to do it. In fact, if this is your first telescope, I would recommend that you buy something off the shelf and then build something on the side as some kind of a hobby project.

Most of the major parts are available now at Tejraj & co and a few other mirror manufacturers. Moreover, the building of the telescope is more budget-friendly and we could get a bigger telescope at a considerably cheaper cost. But the main problem is no one has described possible difficulties for the process and also I couldn’t find any sample images taken with a home-built telescope.

@Venu, ah. I was thinking you were going to grind even the mirrors by yourself. Going by your reply, I believe you will buy

Here’s a rough calculation I made for an 8 inch scope based on this assumption:

Adding all these together, we get roughly 22,200. This doesn’t include the mount, eyepieces and the optical tube assembly. The lowest priced 8 inch dobs on Tejraj(only mentioning this because you have quoted the vendor in your reply) itself is 27300 and comes with a better focusser and eyepieces. In fact, if you use the focusser on this dob instead of the rack and pinion one that we chose earlier, your telescope parts alone will be 26,900 and this is just 400 rupees lesser than a fully finished scope.

The reason for this is very simple. India does not have a large telescope dealer ecosystem and as a result all these parts are priced so that the collective cost of building a scope with them will be higher than just getting a fully built scope.

Hi @siva, I am planing for a 6-inch telescope. I got quoatations from different vendors for all the parts except mount. The total estimate is around 7800.

Nice. If you are looking for a mount, I suggest you to get in touch with Padmanaban Gopalakrishnan. He has some experience working building mounts.

It would be great if you could share where you are sourcing the mirrors from. It will be helpful to others in the future.

I built one last year - a 6 inch dobs with PVC pipe and plywood. I sourced the optics from an US company (through a friend visitig) and Tejraj.

I am now in the process of moving it to an equatorial platform with aluminium tube. I am almost there in assembling it with final phase remaining to put the worm gear set-up. I got the machining, welding, worm gears done in small workshops/industries in Perungudi - streets opposite to the new WTC building under construction.

Happy to help if you are interested in building one - it took almost 4 months so far for me. I don’t know yet whether it would all work in the end, but has been very interesting journey so far 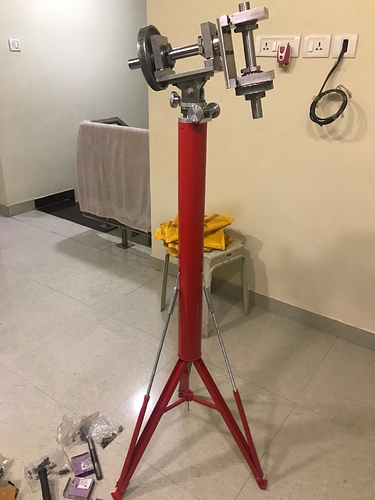 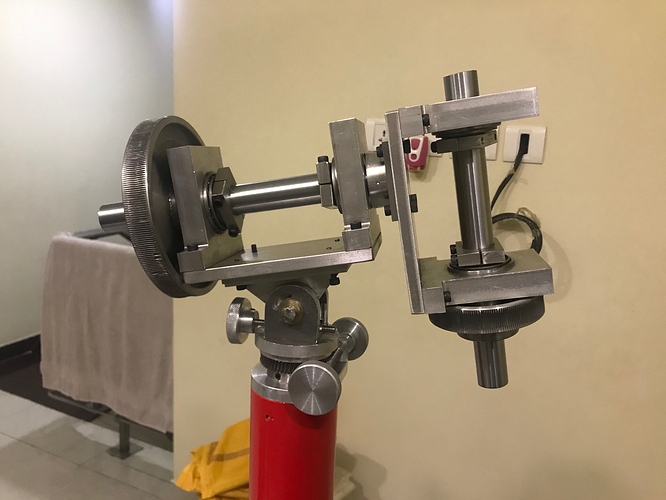 My mount so far. I got the tripod powder coated for Rs.500.

This looks so solid and sturdy! Please keep us posted about its progress. Would love to see it in action in one of our star parties.

Hi , I’m new here , I have tried building a newtonian reflector , but I kind of failed at the first step of building the primary mirror , I took an old TV dish and stuck small mirror pieces in hopes of making a concave mirror (I was in 10th std tbh) , but it didn’t work out so well , and I didn’t know how to grind a concave mirror myself 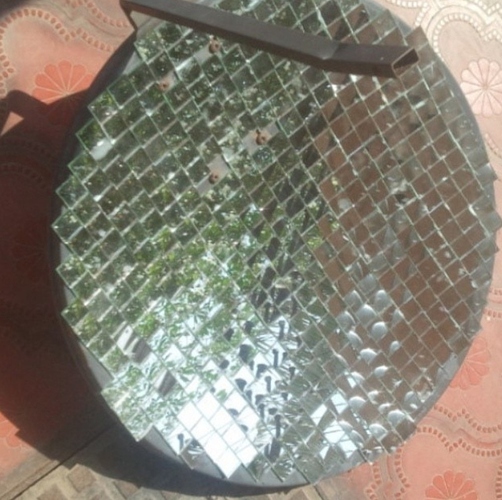 for the idea. This is how large mirrors in space based telescopes and large observatories work.

Hi Anirudh,
You can also try sticking mirror foil which might do the job.
Example link below 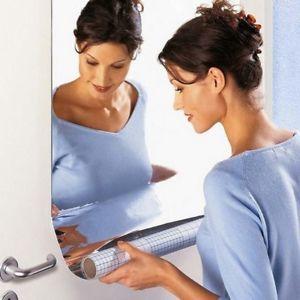 @gvpaddy Thanks for info on mount will explore that. First step for me is to succefully build the OTA.
BTW your mount looks epic. Are you planning to attach a motor to this?

Thanks , waiting for james webb space

Yes. Got Nema17 steppers, drivers and board for it. Going to follow OnStep solution. Just got the mount assembled with worm gear etc. Planning to do a field test tomm with manually polar aligning and checking the movements of RA/DEC. Here is how the assembled mount with OTA looks like… wish me luck 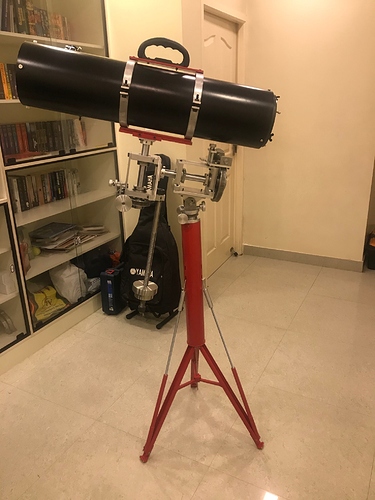 Very interesting discussion.This link may help "Telescope Building with John Dobson"and “2 Minute Guide to to Building a Dobsonian Mount” in you tube.

Did a test after a rough polar alignment - just using iPhone compass for DEC and level app for altitude of 13 deg. Was able to “follow” moon thru manually controlling RA. Rough test passed. Next is to connect motors and on boarding to tracking solution.

I do need to tighten few places with bushes and washers as the wind seemed to be slightly shaking the setup.

Moving to an equatorial mount first time after using dobs is bit challenging though!