“The look of mars from moon”

The rare event of disappearance and reappearance of a body behind another body is called as an “occultation” .

The occultation of the moon and planets take place twice a year.

This is an occultation of the moon and the mars taken on 17th of April 2021 .

The mars disappeared behind the moon for around 153 minutes from 5:05 pm to 7:38 pm by Indian standard time .

This event was observed from parts of Southern Africa (Not South Africa !!!) and from India .

Edited through inbuilt applications in iPhone 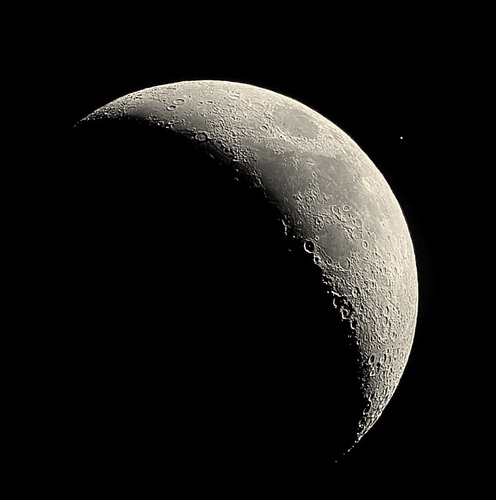 I took one - bit closer with ASI120MC directly connected to my DIY Newt 6inch 918FL. Slightly needs focussing… my first photo through the ASI120MC.

Very nice gvpaddy !!! i too have an zwo cam but for single shots use phone since its hard to focus on moving objects manually !