Please take this quiz only once.

We will have a discussion thread about this at 5PM. If you want to discuss any question, please wait till then

Discussions about the questions. Feel free to suggest the difficulty level of the questions for the next quiz . It would be great if you could also give feedback about this quiz.

Question 1: What is the terminator?

a) The region between Mars and Jupiter
b) The division between the illuminated and dark hemispheres of the moon.
c) A disc existing beyond the orbit of Neptune

The correct answer is the division between the illuminated and dark hemispheres of the moon.

The region between Mars and Jupiter is called the asteroid belt. The disc existing beyond the orbit of Neptune is the Kuiper Belt. Pluto is the largest member of the Kuiper belt.

Question 2: Which of the following is a dwarf planet? 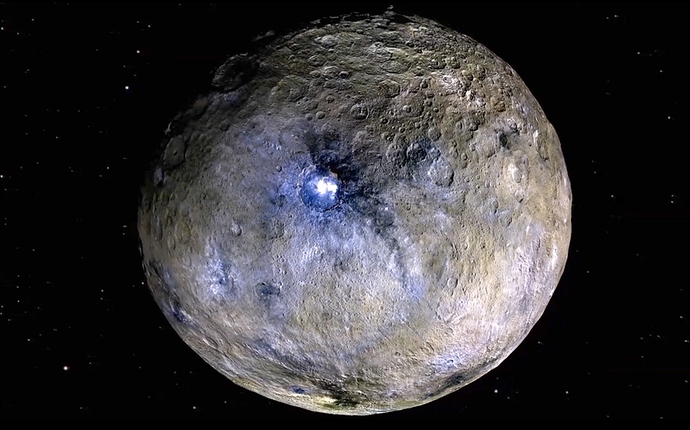 Vesta is the second largest body in asteroid belt and Juno is another asteroid and is also the name of a NASA space probe that is orbiting Jupiter.

Question 3: Which of the following is the constellation of Taurus?

This is the constellation of Taurus. 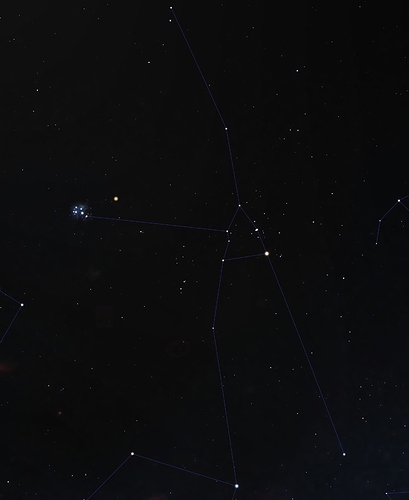 It’s brightest star is Aldebaran and Pioneer 10(one of the two that contain this plaque), which we launched in 1972 should reach the star in about 2 million years 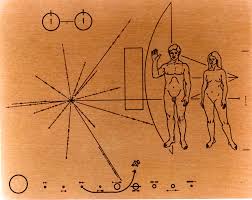 This is the constellation of Cassiopeia. It's one of the circumpolar constellations(constellations that never set because they are close to the celestial north pole) from places like US, Canada, etc. it's very easy to recognise because of it's W/M shape. 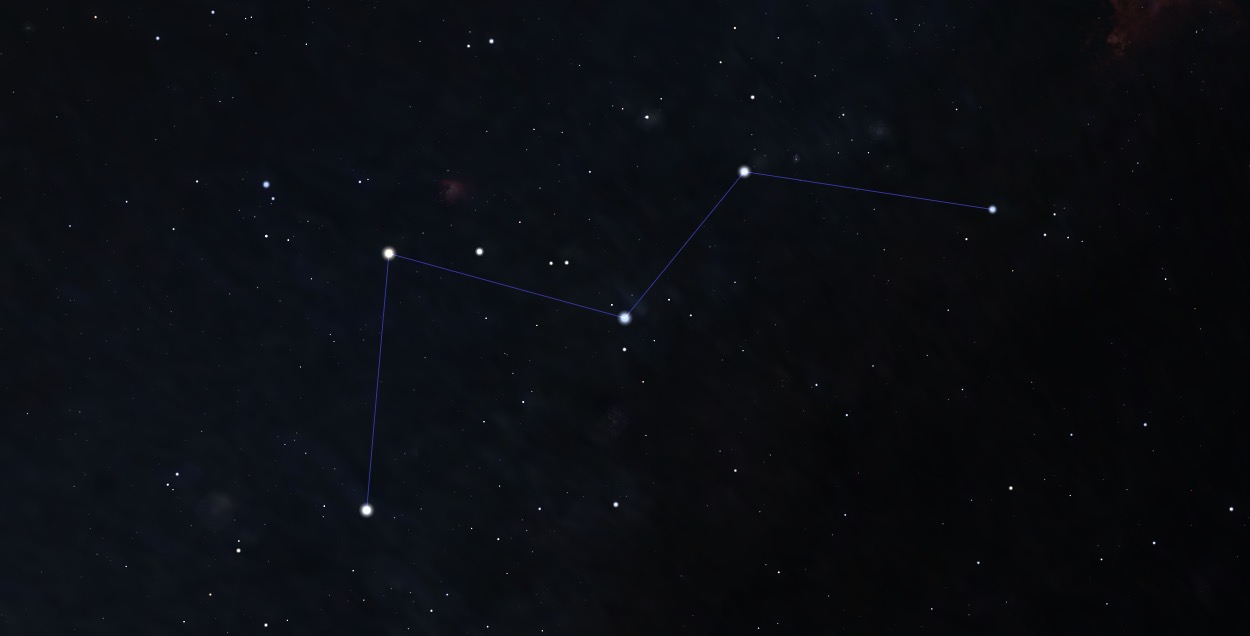 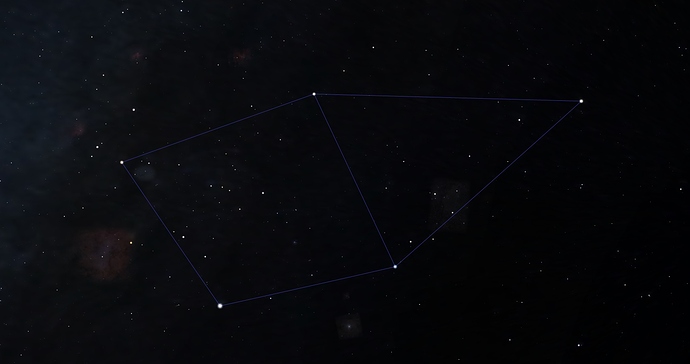 Question 4: Which is the closest star to planet Earth?

This is a tricky question. The correct answer is Sun. If you ignore the sun, the next closest star is Proxima Centauri at 4.24 light years.

Question 5: What is a planetary nebula?

The correct answer is Nebula formed by ejection of ionised gas from stars towards the end of their lives.. The story behind their name is interesting. The Dumbbell Nebula was the first discovered nebula of this category and these objects looked like planets in their appearance. The Ring Nebula was described as a very dull nebula, but perfectly outlined; as large as Jupiter and looks like a fading planet. Later, William Herschel thought the objects were stars surrounded by material that was condensing into planets. The name has still stuck even though these have nothing to do with planets.

Question 6: Which of the following is a planetary nebula?

This is the correct answer. This is the Owl Nebula(M97) in Ursa Major. 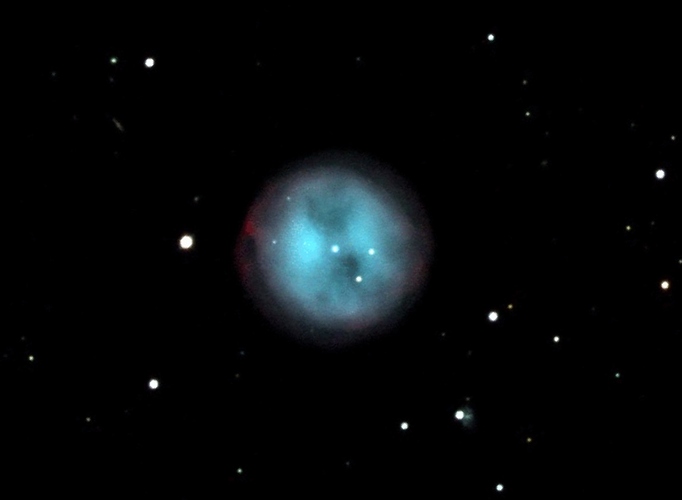 This is the Omega Nebula in Sagittarius(binocular object from decent skies). 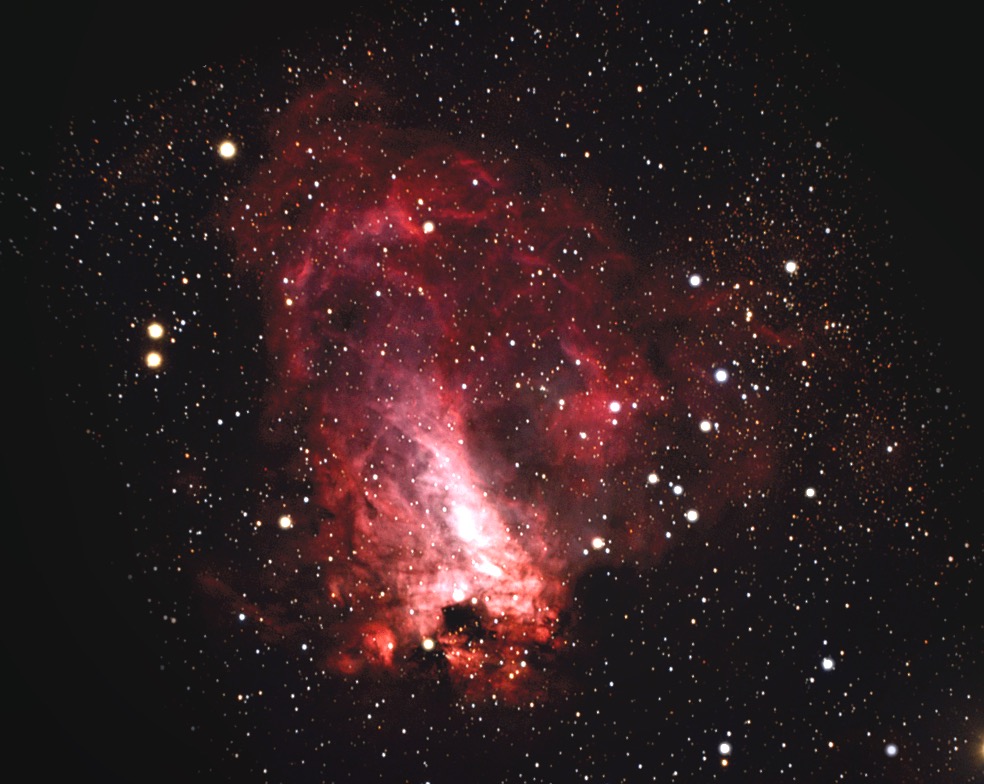 This is the Trifid Nebula, also in Sagittarius(binocular object from decent skies). 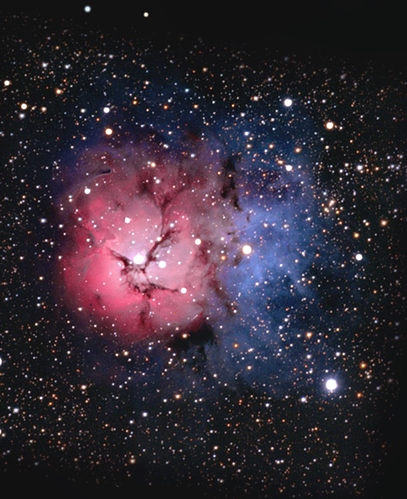 Question 7: How many constellations are there?

There are 88 constellations as recognised by the IAU.

Question 8: Which of these is not a constellation?

The correct answer is Big Dipper. Big Dipper is actually an asterism(a group of stars that is easily recognised). The rest are actual constellations. There are plenty of small, not easy to recognise constellations with funny sounding names especially in the southern hemisphere. One reason for this is that there are not many bright stars in some of those regions and people just created constellations to fill up gaps between existing ones. Telescopium is also one of the few constellations named after scientific instruments.

Question 9: Which of these stars form the Summer Triangle?

The correct answer is Altair, Deneb, Vega. They are the brightest stars of the constellations of Aquila, Cygnus and Lyra respectively. The winter triangle is formed by Sirus(Canis Major), Betelgeuse(Orion) and Procyon(Canis Minor). Both of these are asterisms.

Hope you all had a nice time with the quiz! Do share any feedback or suggestions.

We do not really want to make this a very competitive activity and would like everyone to learn as much as possible from the group. However, I think it’s worth mentioning the following people for their show in the quiz today.

Do participate in our future events everyone, let’s learn stuff together